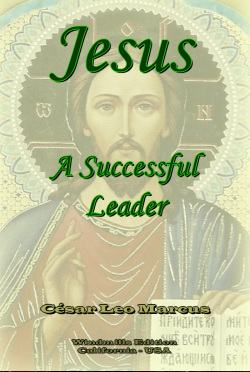 Before the first century, the leadership of Greece and Rome in the occupied territories was chaotic, they were murdering their enemies and even their friends, the corruption was eating away the empire,  human life didn’t have value, they worshipped false prophets, whose purpose was to enslave the people.
The Jewish people remained separated… faithful to their God, worshipping and respecting Him as they had always done. But the increasing pressure  of the Roman empire forces were too much, leading  some of them  to look at the invaders with friendliness, they even included images of Zeus and other false gods inside their Temple in Jerusalem
God sent multiple signs, called the attention of his faithful, his angels warned about the bad road society had taken, but everything was in vain... It was at that moment when Divinity made the decision to become a Man, when He decided to be, for a while, one of us.
JESUS becomes incarnate in Bethlehem… JESUS descends from David… JESUS is Abraham's son… JESUS is the Continuator… JESUS is the true Prophet… JESUS is the spiritual LEADER for all of humanity…